0 Items
J Back to SF CDs 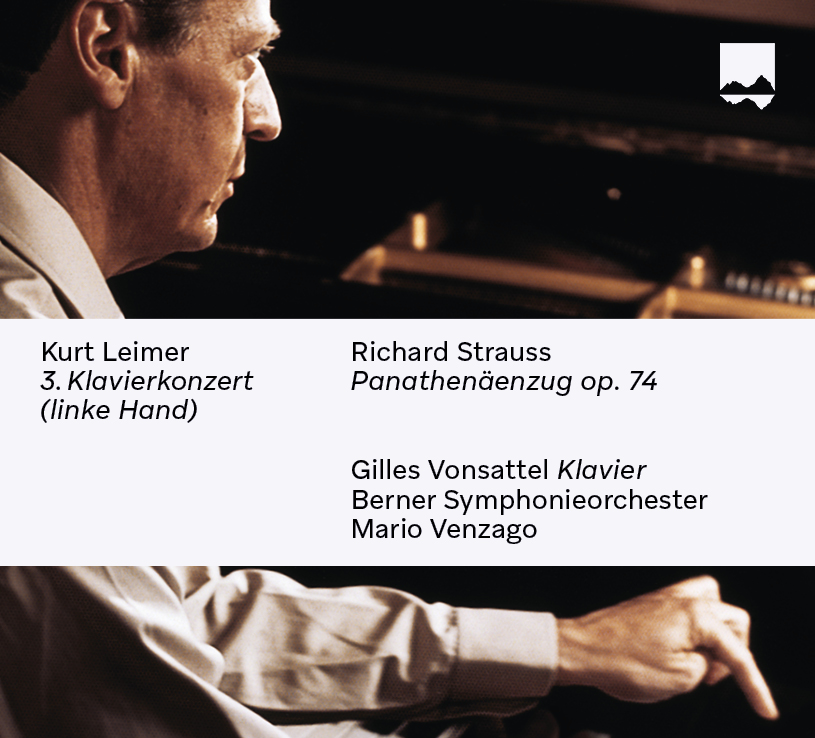 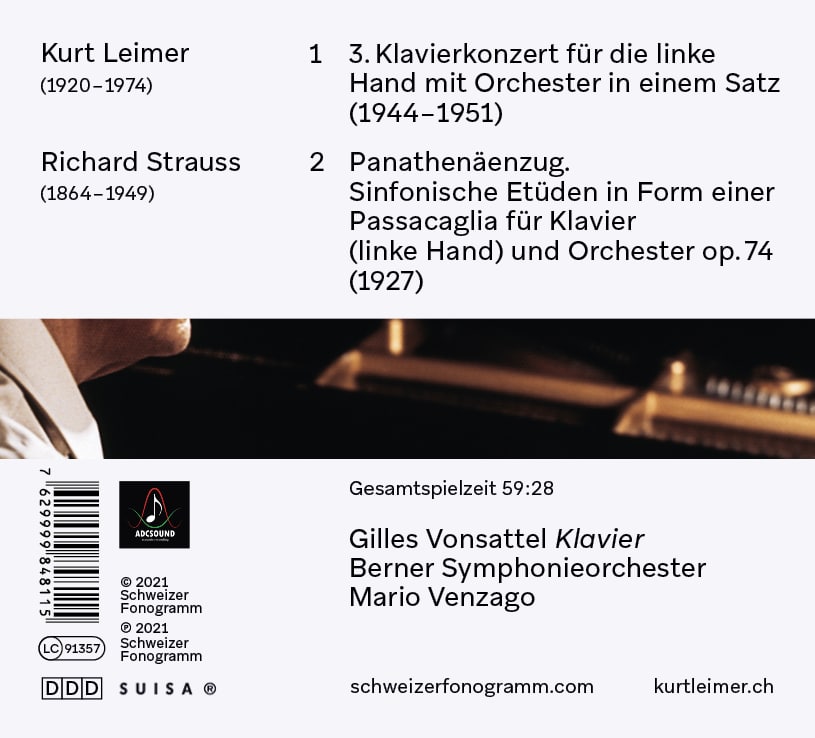 After almost 70 years since the first recording by the composer himself under the direction of Herbert von Karajan, Schweizer Fonogramm presents a new recording of the Piano Concerto (Left-Hand) by Kurt Leimer (1920 – 1974). The highly talented pianist, later Mozarteum lecturer and internationally renowned virtuoso, was taken prisoner during World War II, came into contact with jazz music there and finally wrote his Piano Concerto for the Left Hand Alone for a colleague who had been injured in the war (the orchestration being supoorted by the conductor Kurt Overhoff). The stylistically versatile concerto in one movement  combines numerous elements between romanticism, impressionism and Music Hall with an almost superhumanly difficult one-hand pianism and places the highest demands on the interpretation, not only in terms of craftsmanship but also in terms of fantasy and dialogue between soloist and orchestra. The context between virtuosity and wartime injury, this time in relation to the First World War, also characterizes the genesis of the Panathenäenzug op. 74 by Richard Strass (1927), who dedicated the work to the pianist Paul Wittgenstein (who suffered from the loss of his right arm ). When the elder composer heard the young Kurt Leimer play the Panathenäenzug in the 1940s, he was delighted with the latter’s playing and allowed a few adjustments in the solo part by the soloist, which found their way into the present recording. The studio recording took place under Covid 19 protection conditions in Bern in September 2020; the two solo parts taken by Swiss-American pianist Gilles Vonsattel. With the generous support of the Kurt Leimer Foundation. 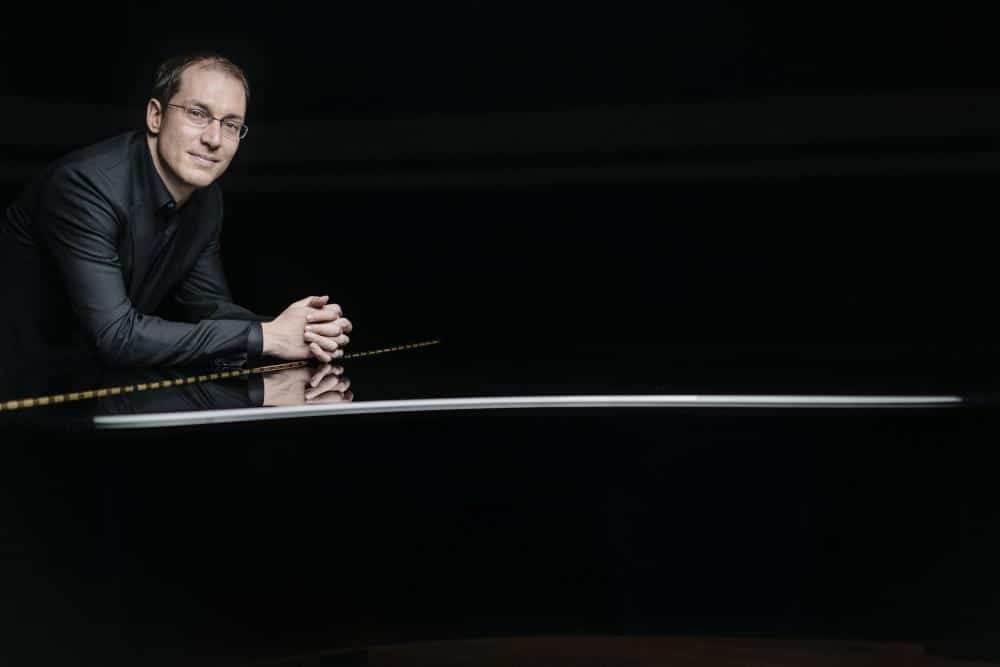 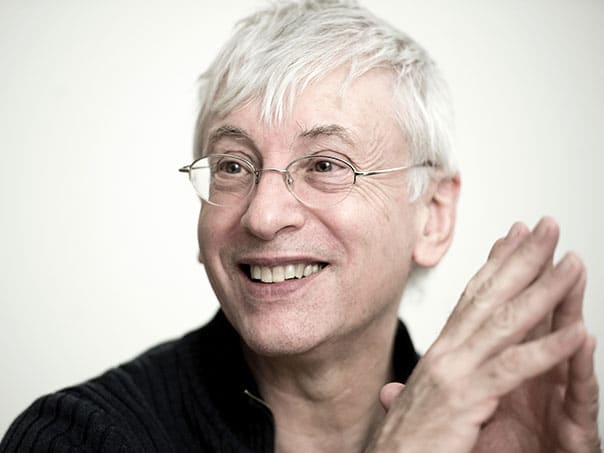 Johannes Killyen talks with enthusiasm about our piano concerto rarities.

Graham Rickson‘s enthusiastic review – with plenty of compliments for our musicians, the graphic design, the booklet notes and the musical quality of Frédéric Angleraux’ artistic direction. 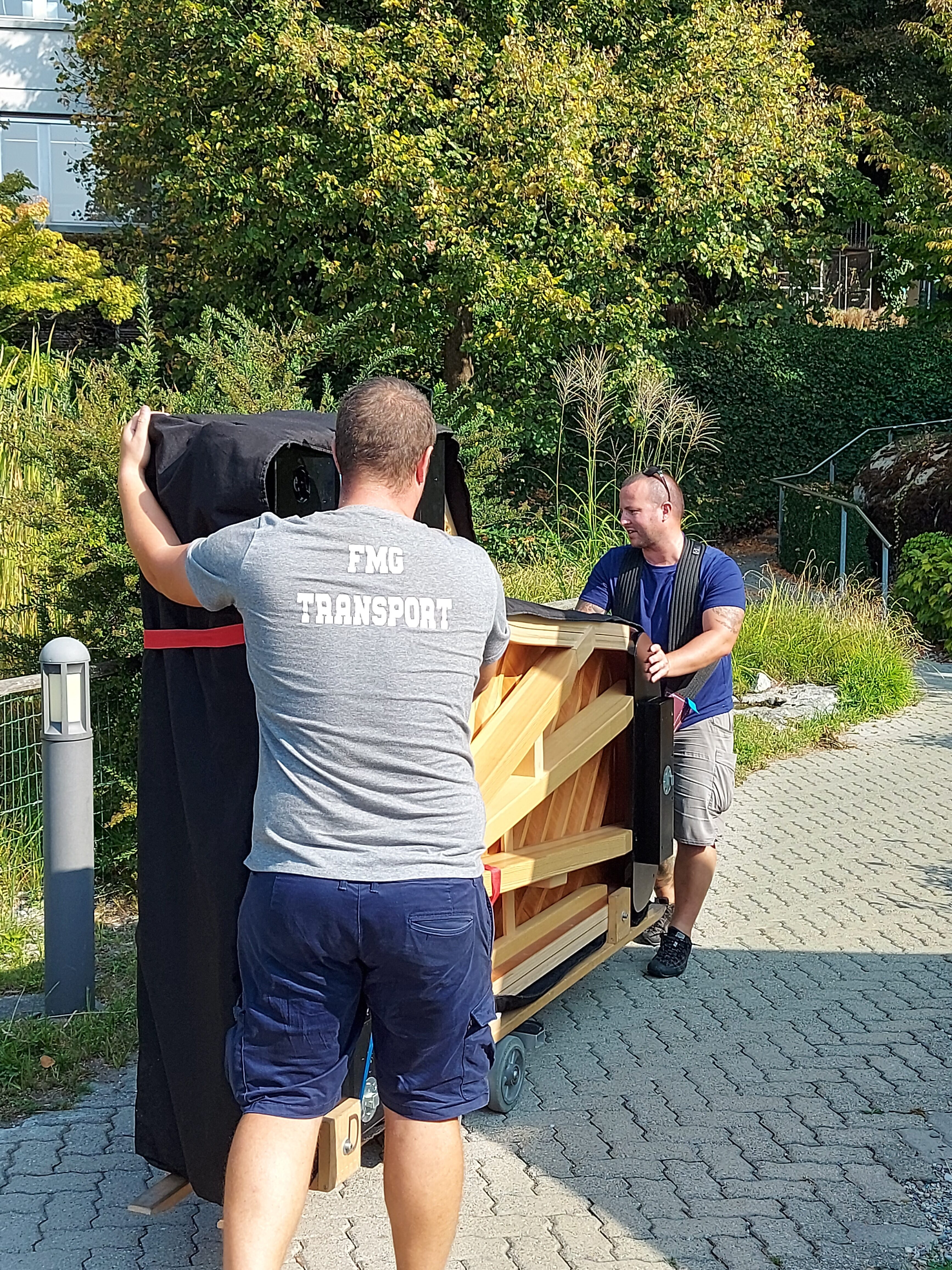 Transport of the piano under idyllic conditions 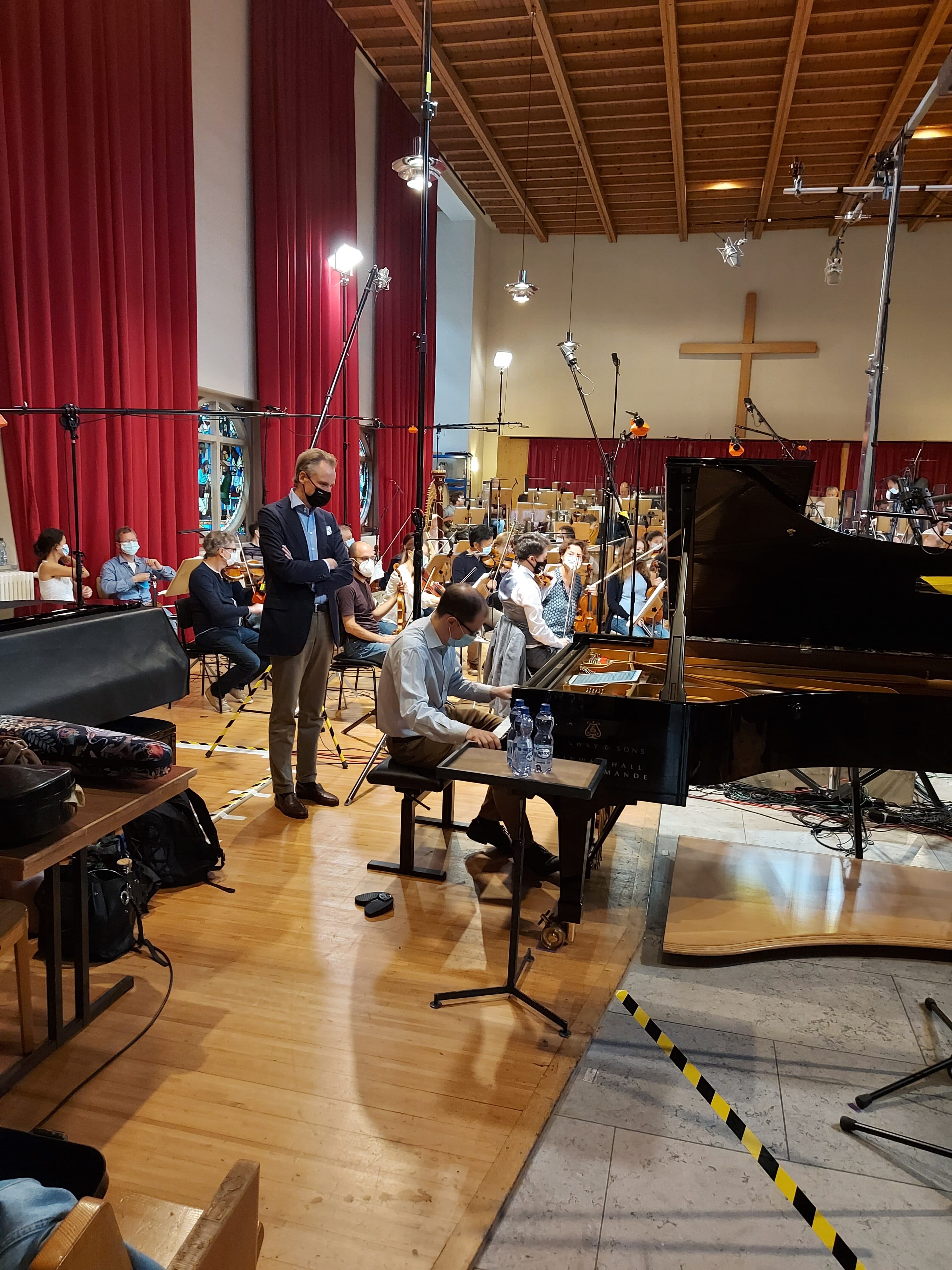 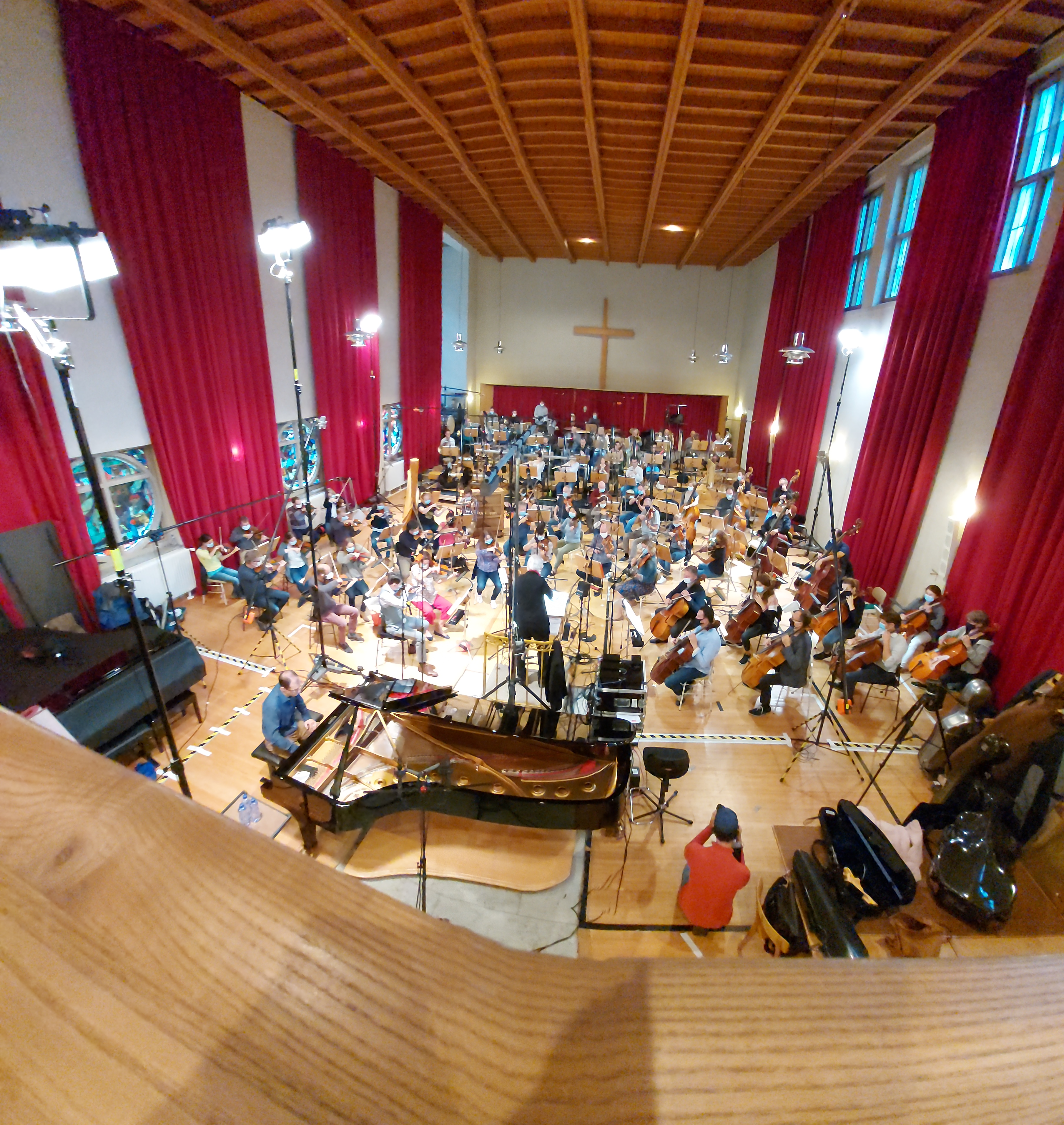 Panorama on the set-up by ADCSound 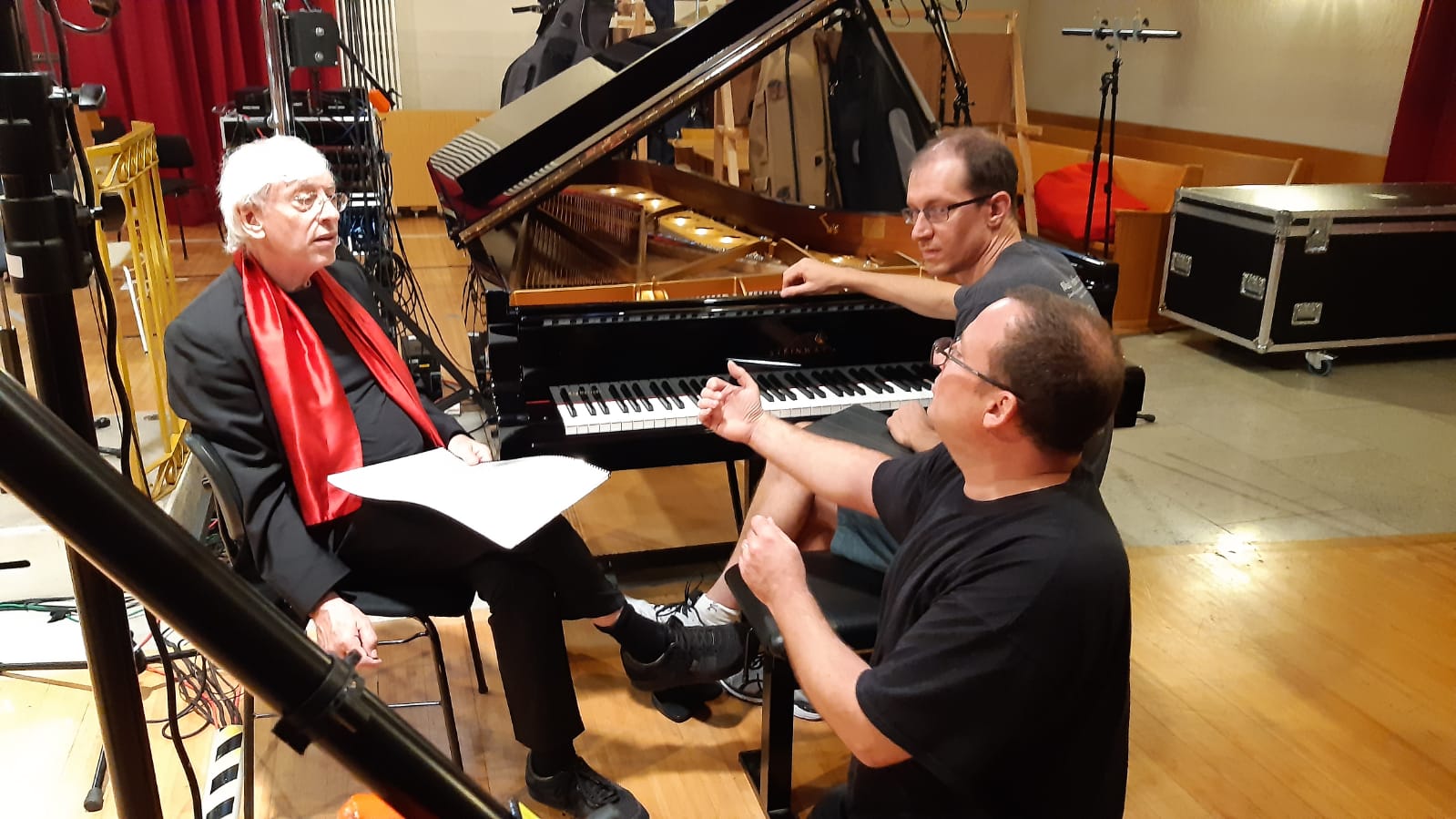